ANAHEIM, Calif. (AP) — Even after a postgame beer shower from his ecstatic Baltimore Orioles teammates, Stevie Wilkerson was shocked to learn he had just become the first position player in major league history to earn a save since it became a stat in 1969.

The Orioles’ center fielder certainly couldn’t believe he did it by throwing a perfect 16th inning way past midnight with a bunch of tepid lobs that never topped 55 mph.

“I don’t think I’ve wrapped my head around it yet,” said Wilkerson “It was a wild game. It was crazy. I’m just glad I was a part of it.”

Wilkerson’s singular performance as the Orioles’ 10th pitcher was only the final flourish on a 6-hour, 19-minute epic that just might have been struggling Baltimore’s best win of the season.

Jonathan Villar threw out the Angels’ potential winning run at the plate in the 15th inning and then hit a two-run homer in the 16th as the Orioles persevered for a wild 10-8 victory over Los Angeles early Friday.

Wilkerson and Villar were the unlikely heroes of what turned into a thoroughly unique night at Angel Stadium. The Orioles have had little to celebrate during their woeful season, but they were proud of their grit and resilience while this game got weird.

“Yeah, I think that was the best day of the year for all of us,” said Villar, who snapped a 1-for-22 slump with his homer.

Both teams blew multi-run leads, and the Angels came within a desperate tag of walking off on Mike Trout’s bases-loaded double against Tanner Scott (1-0) in the bottom of the 15th. David Fletcher tried to score from first, but was called out on a bang-bang play at the plate. 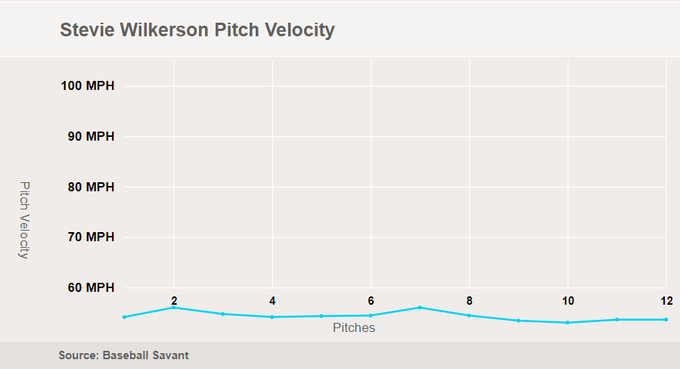 Wilkerson went to get his pitching glove around the 13th inning because he figured he might be needed for his third relief appearance of the year. He moved from center to the mound in the 16th and sparked a few chuckles from the hearty remaining crowd in Anaheim with his underwhelming pitches.

But he got three straight outs when sluggers Brian Goodwin, Kole Calhoun and Albert Pujols all made easy outs.

“I was just hoping somehow they would hit three balls at somebody,” Baltimore manager Brandon Hyde said. “It’s below hitting speed, so that’s hard.”

Wilkerson also became the first player in major league history to start and earn a save in the same game.

Moments before his homer, Villar also saved the game as the shortstop in the 15th when he cut down the potential winning run with a relay throw home on Trout’s two-run double that tied it at 8. The play was reviewed and the out call upheld just after 4 a.m. at the replay center in New York.

“Quite frankly, in my mind, he was safe,” Angels manager Brad Ausmus said. “His hand was in there before the glove hit him in the chest. It’s a tough call for (plate umpire) Tony Randazzo, but I think New York missed it.”

Villar then connected off Griffin Canning (3-6), the Angels’ 10th pitcher and their scheduled starter for Friday’s game before this series opener spiraled into a magnificent mess.

The last-place Orioles rallied from a late two-run deficit and eventually snapped the Angels’ four-game winning streak, with the final out recorded just before 1:30 a.m.

Baltimore also improved to 1-62 when trailing after seven innings this season, while the Angels dropped to 46-1 when leading after seven.

How to Exercise the Right Way: 10 Steps

Bodybuilding Tips That Will Get You Faster Results!

Tokyo 2020 Olympics: With one year to go what are the key stories to watch?